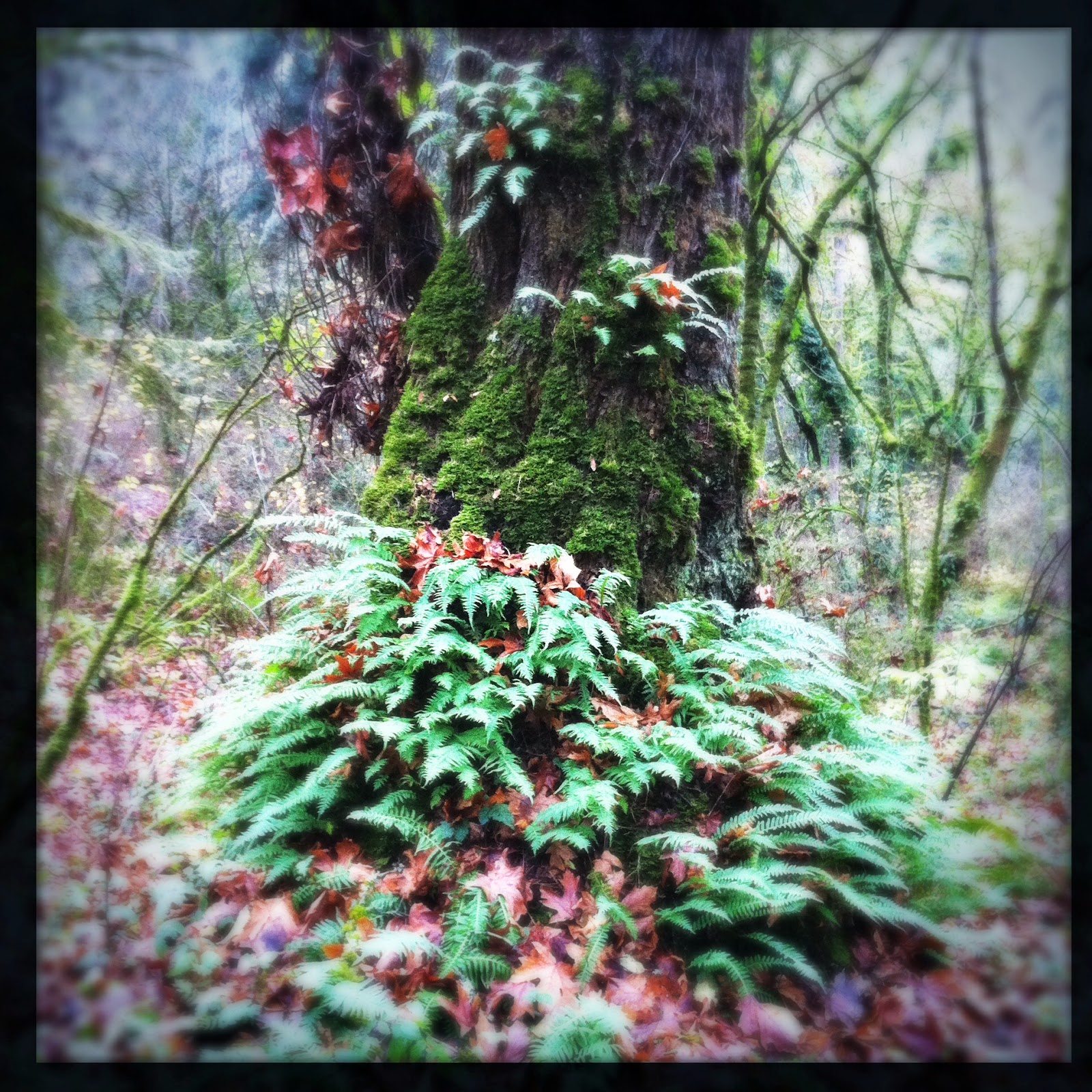 The only antidote to yesterday's mall-ing (where I vowed I would not visit this holiday season, but, well,) was a walk in the woods, so I hurried down to the park this afternoon in the last hour of daylight on this winter solstice.

Upon first stepping onto the trail, a couple pointed out a pileated woodpecker bobbing its beak up and down high in a Douglas fir. The bark was riddled with large holes — evidently a great place for grubbing! The tap-tap-tap echoed from every side, and up in the canopy a breeze rustled the treetops. Waning light. Cedar scent, moss and damp humus scent.

Further along, some people were talking about the bald eagle's nest, and a man was spading in some native plants where invasive blackberry vines had been yanked out.

Deeper into the park, I came across a young couple outfitted for a wedding (knee-length dress!) and a photographer. They were very cautiously wading into the salal, while the man with the camera directed them. The young woman in barely-there shoes, her lace-and-chiffon dress just itching to snag on a twig. The young man in a black suit so crisp it seemed able to reflect light.

Because of the lateness of the hour, I'd anticipated a solitary walk, but it wasn't to be had. Joggers, dogs, more dogs, a group of teens trailing the scent of weed.

I cut off the main path into deeper woods and mud, carried snippets of fir branches to toss onto the trail when the mud was too soggy to traverse. Fewer humans here, and once, when I thought I heard someone rustling towards me, I discovered instead that I'd stumbled into a flock of small birds — juncos, chicadees — who were flitting through the underbrush, perhaps thirty of them, mostly unconcerned with me. And I saw almost none of them; rather, I saw the things they rustled through:  the feathery branches of hemlock, maple leaves caught up in twigs, the everpresent ferns. They moved through the forest at perhaps knee level, a constant quiet motion. I wondered about the life of a bird, wanted to have a conversation with a chickadee. I wanted to know what life looks like from the perspective of a junco. 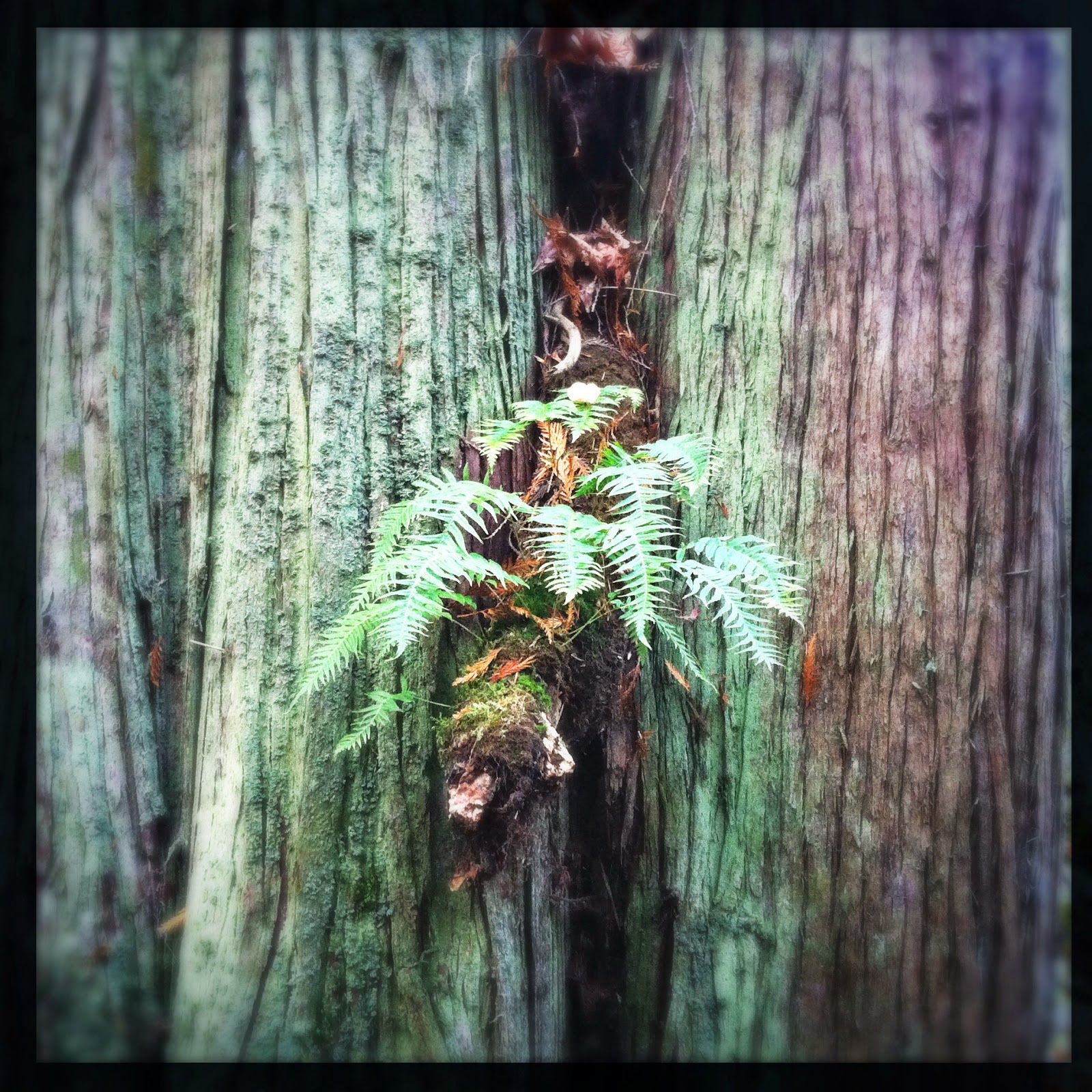 “I live my life in widening circles that reach out across the world.”
—Rainier Maria Rilke
"Writing means revealing oneself to excess." --Franz Kafka
"There isn't enough of anything as long as we live. But at intervals a sweetness appears and, given a chance prevails. " --Raymond Carver
"Someone I loved once gave mea box full of darkness.It took me years to understandthat this, too, was a gift. "--Mary Oliver"In the middle of the journey of our life
I found myself in a dark wood,
For I had lost the right path.
And so we came forth,
and once again beheld the stars."
--Dante Alighieri