This afternoon I put the last of the glass that's shipping out tomorrow in the "kitchen kiln",  the tail end of 200+ pieces, every last one fussed over with a microscopic attention.

Every year this studio, led by the ever-dazzling Mary-Melinda Wellsandt, manages to invent new designs to augment the existing line. It's never a given that it's going to happen, and usually sometime in early fall, the ruminations begin. I schedule creative time for Melinda, and she motors off to the Oregon Coast for a series of long weekends, camera and computer at the ready. (And mostly likely some really good gin.)

The first of such weekends this year was abruptly ended by torrential rainfall. Weekend #2 was derailed by engine failure in her car.

Whereupon panic set in. End of the year orders had us bogged down in packing peanuts and bubble wrap. The holiday home sale loomed. And Christmas. (Whoever scheduled Christmas in December, anyway?)

And somewhere between the shipping boxes and tubes of oil paint, between a studio full of bargain-hunting holiday shoppers and stacks of transparencies, once again some new lines were born. Honestly, I couldn't tell you exactly when this happened. There's a fluidity in how Melinda and I work together, a conversation which can takes weeks to finish, where the details get filled in on no set schedule. It just seems to happen, organically.

Tomorrow morning we'll load up and shrink-wrap three pallets of display materials and prototypes. Sometime after 2pm a large truck with a lift gate will rumble down the street, and within a matter of minutes, will disappear with our most precious cargo.

As always, I remain in awe of the work that emerges from this humble setting. And feel an immense measure of gratitude in how my days are spent. 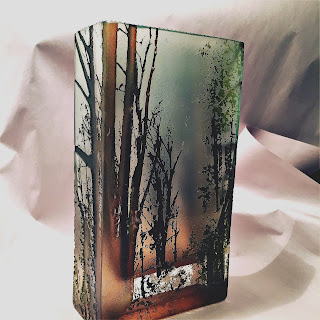 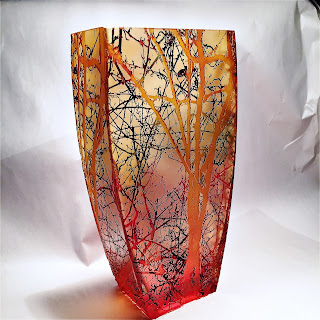 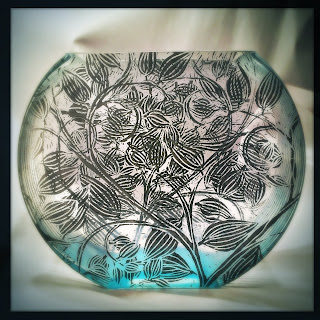 Late in the day my son and I took a long slow walk in the Seward Park woods. Curious that my son, who grew up in an urban setting (and who hikes/backpacks/hunts) feels like he's in the wilderness when up inside the old-growth forest of the park. For me, who grew up in a semi-rural-going-to-suburb setting, I'm altogether too aware of the larger city just beyond us. In fact, when I'm settled deep in a mossy reverie, soft earth underfoot, instead of the city noises fading, they become more acute, more intrusive. Wilderness: no. (But marvelous nonetheless.)

I've never walked in the park on Christmas. Decades of over-spilling dinners (platters as well as waistlines over-spilling) have consumed much of the day. But today we had our feast in late morning, which left the rest of the day a wide open yawn. With about an hour of light remaining, on a whim we decided to go. And in that damp wood I discovered a peace and deep-breath contentment that I haven't felt in months.

There was a moment of alarm and disbelief when we discovered that one of the park's oldest trees had toppled in a recent storm. For a few minutes, we both denied that was the case; that indeed the old tree was just up the path. But it wasn't. Severed about twenty feet up, there was new light in the forest where the canopy had been ripped open. Everything felt askew, the balance shifted.

Did you know that the life of a forest tree is measured at 50% while living and 50% after it "dies"? My son reassured me that this magnificent old tree, easily 300 years old, would go on contributing to the life of the forest for another 300 years, giving itself as a nurse log for seedlings, fungi, mosses, insects. I've known about nurse logs my whole life, but never thought of their impact in terms of years: 300 years. That's a long time, measured by my human perspective. The fact of that settled me considerably. I will miss the vertical heft of that old tree-friend, but will now look to the forest floor to see what emerges from its remains.

Solstice, and the rain is never-ceasing. And even though from here on out there are fractions of additional light each day, it all seems like such a tease. One minute more of cloudlight, and I should feel more like rejoicing. But.

At work today I was packing things up for the two wholesale shows coming up in January and February, with the realization that I won't see these particular pieces again until late February/early March. Those dates seem an eternity away, nearly the entire-winter away. And here we are, first day of this dark season, mired down in mud.

The chickens don't seem to mind. Underneath those feathers they're cozy and warm, but their run is, at the moment, dirt-soup. Still getting 2-3 eggs every day. Bawk bawk. In their boredom they've disassembled the compost pile I started 6 weeks ago.

I used to love Christmas, but the years have wrung it out of me.

Taken three weeks ago, perhaps this photo is my balm for bitterness: 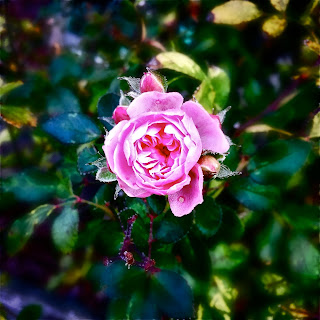 Yesterday was the odd day I drove to work, and it felt indulgent and extravagant to sit in that comfortable moving vessel and glide effortlessly down neighborhood streets for a single mile. Burning fossil fuel. Most days I walk, despite the dramatic storms that have ripped through our city. Even heavy rain I find meditative, and wet clothing dries, in time. I find that the days I drive, I'm left with a restless energy, a desire/need to move through the cold air at a brisk clip. Evenings, my headlamp illuminates raindrops falling in my path: utter enchantment.

I've memorized where the sidewalk has heaved up from encroaching tree roots, where accumulated leaves make for slippery steps. There's the house where a beagle, left alone all day, barks incessantly in the front window. The house with four chickens in the yard — three reds and a single black-feathered hen. The house that's for sale: 1000 sq. feet for $469,000. The house with one side painted rainbow colors, shingle by shingle.

And then this, on the planting strip, dropped from a massive evergreen, like velvet underfoot — 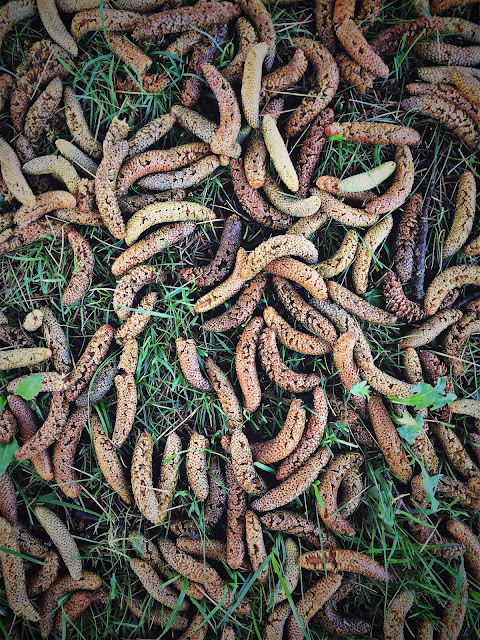 All to be missed while passing by in enclosed Volvo comfort. And honestly, despite my current obsession with All Things Political, I can't/won't write about it. Seedpods and tree roots and rain are about all I can manage in this space.
Posted by T. at 10:35 PM 2 comments: 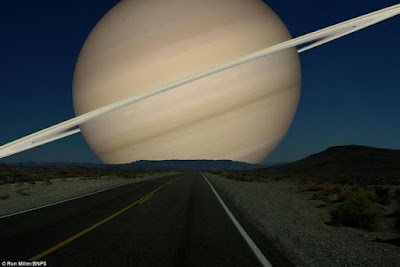 Here's the article from the Atlantic where I found that photo.
Posted by T. at 6:41 PM 3 comments: