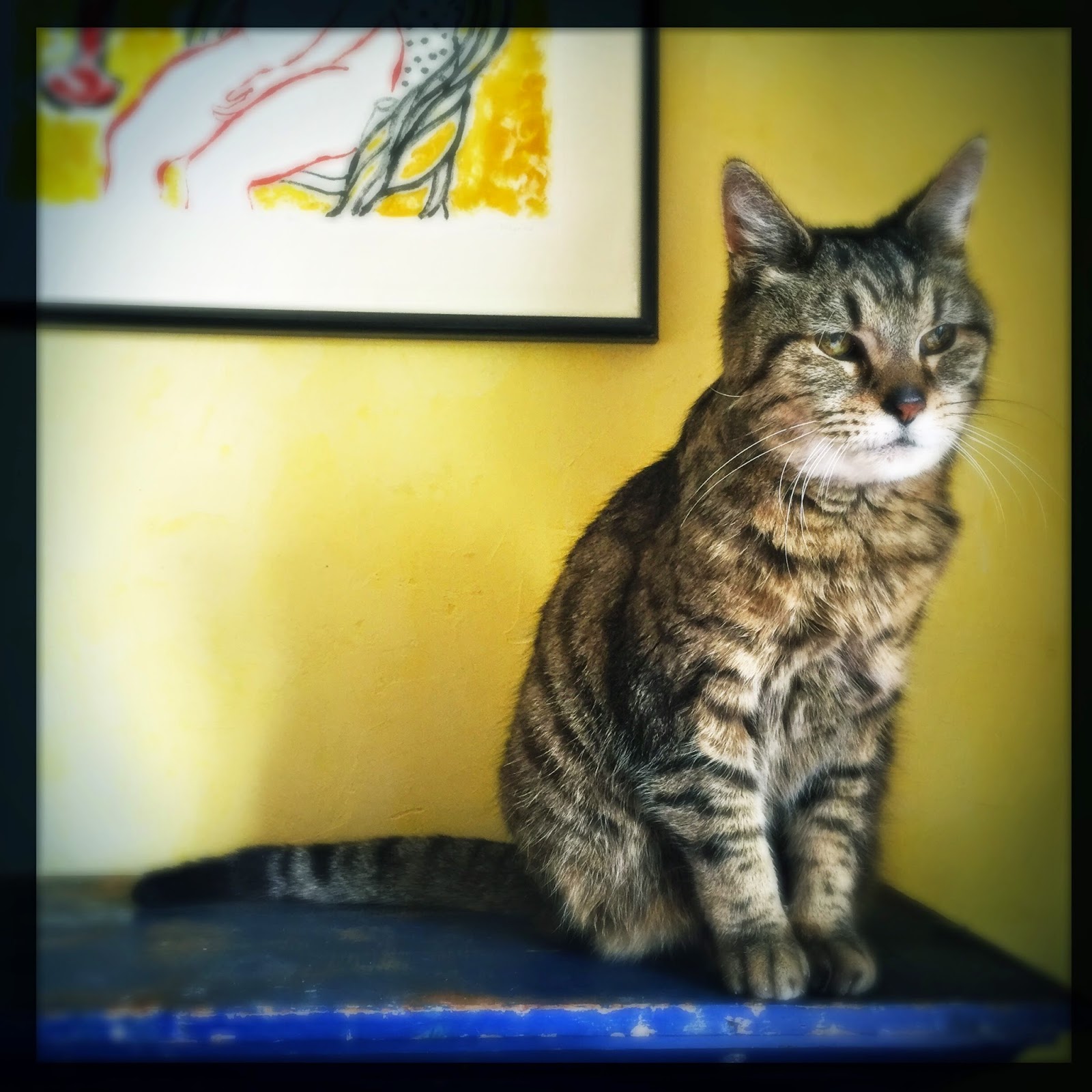 I went to visit this old boy on Sunday, this "Kitty-Boy" who, at 17 (85 by human comparison) had reached the end of his days. He lived across the street from me with my friend C., the banjo player, whose music is the soundtrack for many a summer night as it drifts from her front porch into my house.

Somewhere in these long years Kitty-Boy had grown into "Kitty-Geezer", and his nearly two-decades of rat-retrieving and finch-filching gradually diminished, giving way to seizures and all the accompanying maladies of elderly felinehood.

I (or one of my sons) was often summoned to help corral one live critter or another that he'd brought in through the cat door. Once I was helping C. ferret out a rat — quite literally! — and as I was peering down into a begonia plant the damned rodent leapt up into my face and quickly scurried into the living room and holed up under the sofa. Good LORD did we shriek with laughter! It's not so much a fear of rats that I have but more a fear of their cunning, their ability to appear invisible and then make themselves known toute de suite. Yowza. 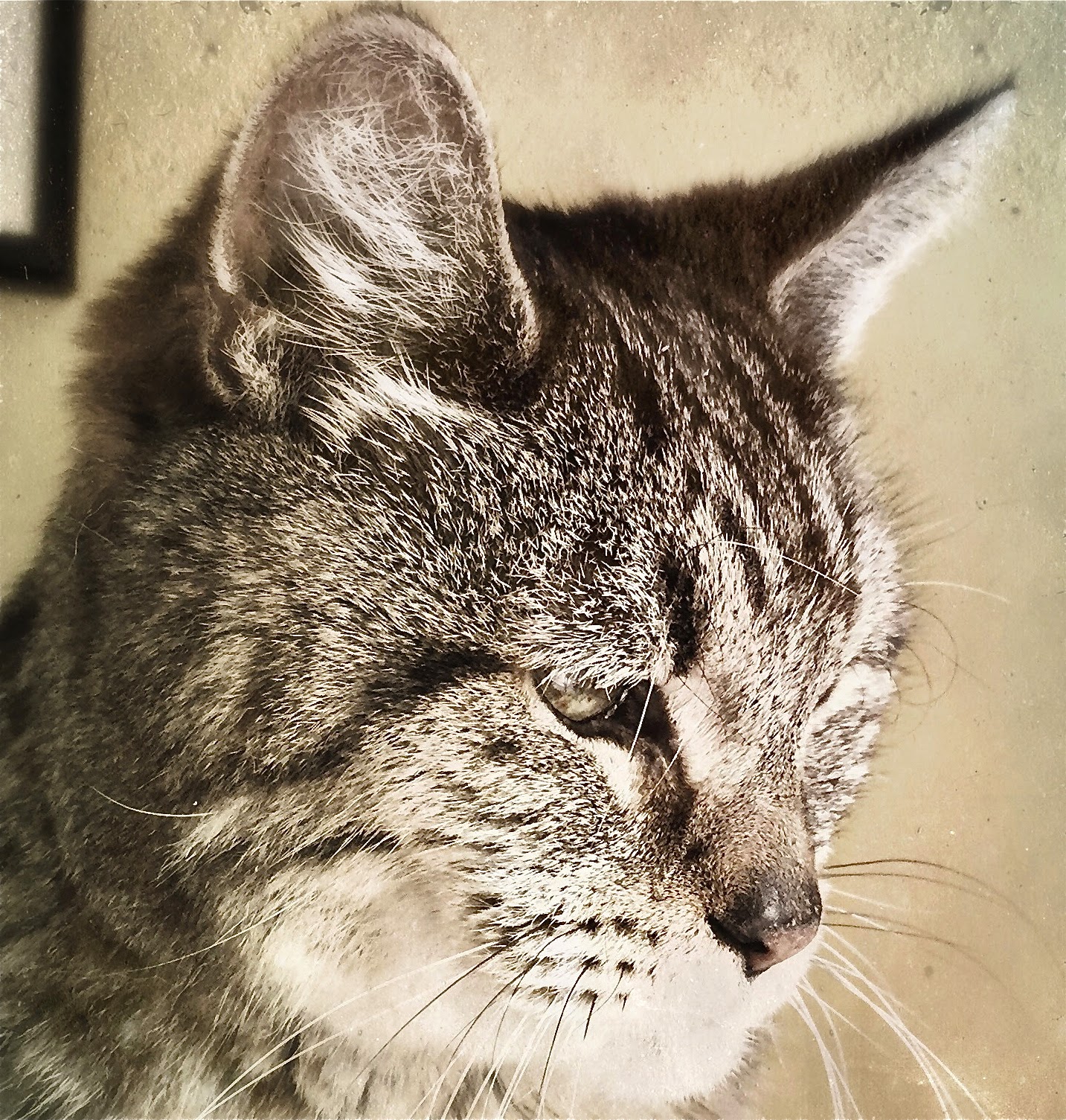 Anyway. We hung out for a little while, Kitty-Geezer and I, and he posed rather elegantly for his photo shoot. He was beside the window, and on the lookout for birds: ever the hunter!

For many years he was a daily visitor at my back door, and got along famously with my ever-changing resident cats. But it'd been months, months since I'd seen him here, as he'd taken to mostly staying in, only going out for brief periods. Confined, as it were, to the house.

But Sunday afternoon, after I'd visited, I was in my kitchen and heard a tremendous yowl from my back yard, and lo and behold, if it wasn't Kitty-Geezer, summoning me one last time! I wasn't even entirely certain it was him, but a phone called confirmed that it was. C. had let him out, and hadn't gone with him. He'd promptly crossed the street and ended up in his old stomping grounds. 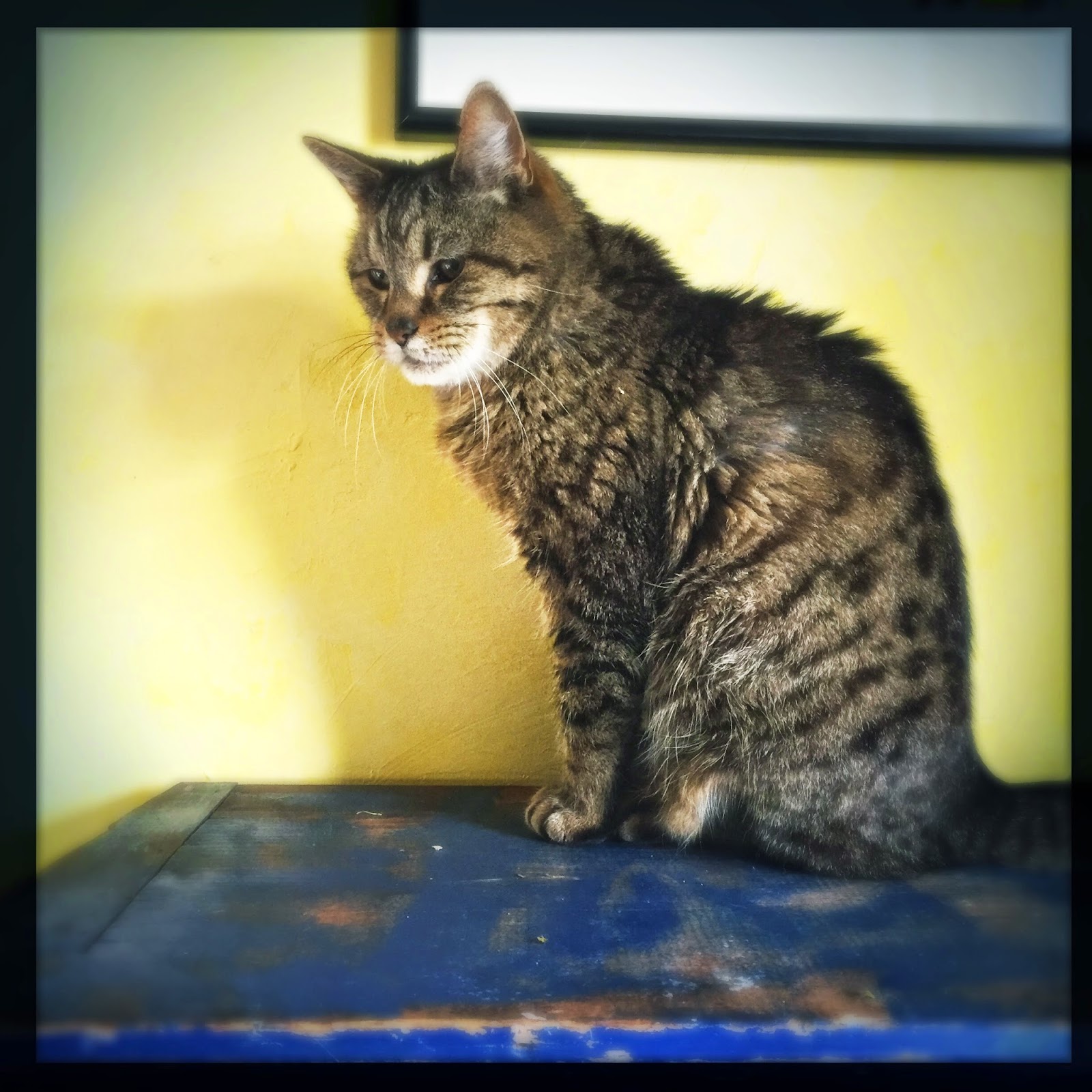 I let him in, and he went through his usual routines: check out the food dish, and then find a catnip toy. Sniff, sniff, sniff. All was normal, as it should be. Then I picked him up and carried him home.

It's hard to believe that 17 years have passed since C. brought home the kitten that he once was. There was a summer afternoon when an eagle swooped down into her yard, evidently having spied kitten-meat. As I recall, C. rushed-in to rescue her bundle-of-kitten. That all seems so unimaginable now, considering the entrails of bird beaks/talons/feathers/organs that this single boy-cat has left behind in his wake.

But a wake is what is called for now, and a small vase of forget-me-nots left on the porch across the street. 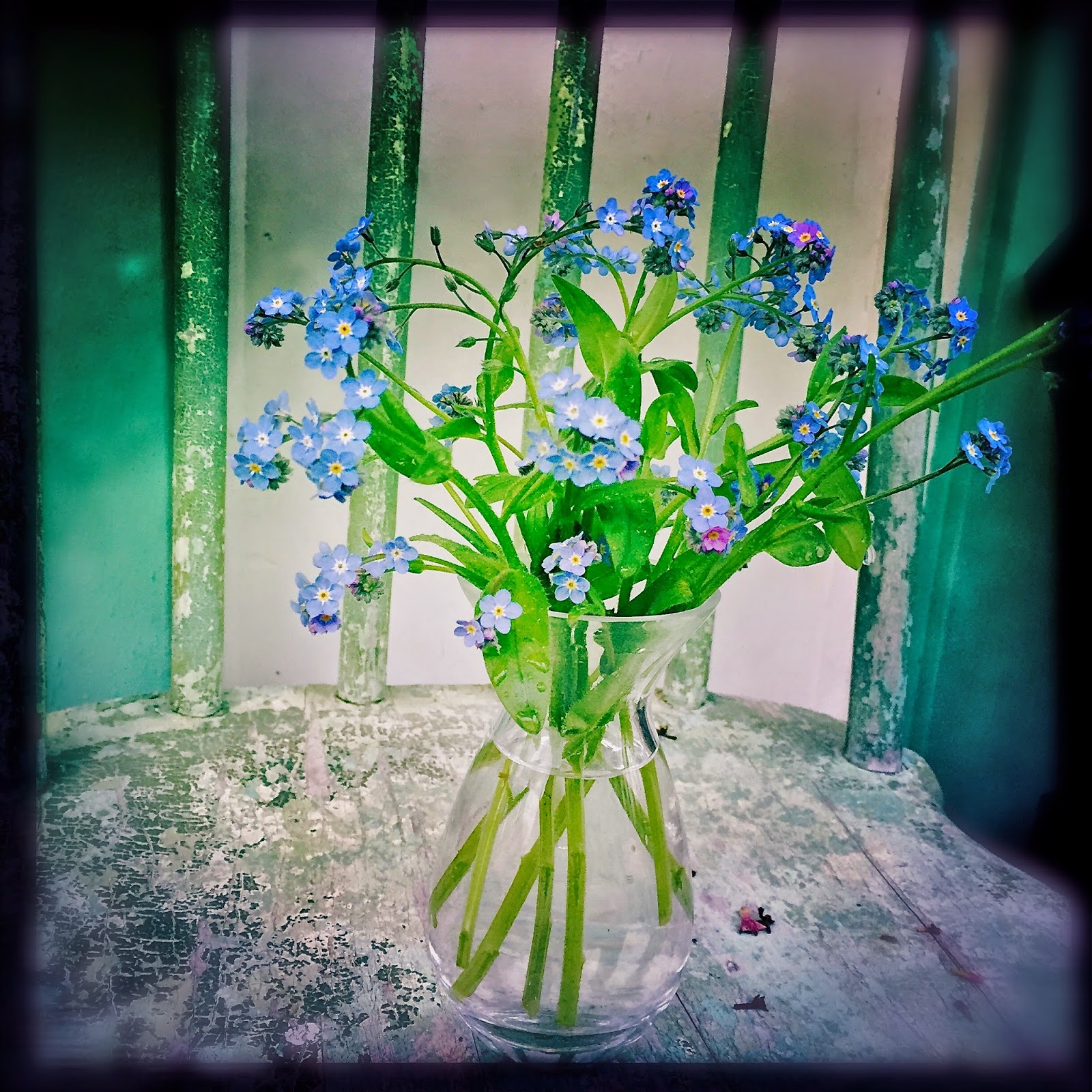