An early memory: being lifted by my father so that I could reach down to touch the blossoms of a pink flowering almond in his garden. (Any pink flower still puts me in a swoon, I admit.) My father -- a Bostonian transplanted to the "wilds" of the Pacific Northwest -- passed on to me his love of gardening, and my entire gardening life has been spent attempting to replicate his flower garden, which I hold in memory as the ideal place, my own flowering Eden. And although memory is an unreliable and often a product of imaginative invention, what I recall are flower beds with not a single bare spot -- a continuum of color and blossom which took root in my three-year-old consciousness and has continued to grow and flourish for decades. I possess a hazy, black-and-white photograph of him pushing his tiller in his vegetable patch, but none that show off the abundance of his flowers. Upon his death in 1966, I vowed -- at the ripe age of nine years -- to continue his legacy, beginning with assisting my brother in the upkeep of the half-acre yard, and a few years later, with my own patch of vegetables and flowers, seeds ordered from the ubiquitous Burpee Seed Catalog, which arrived inevitably in the midst of our single annual snowstorm. That early garden makes itself known at least once a month in a dream, and with it comes the urge to break new ground, once again. 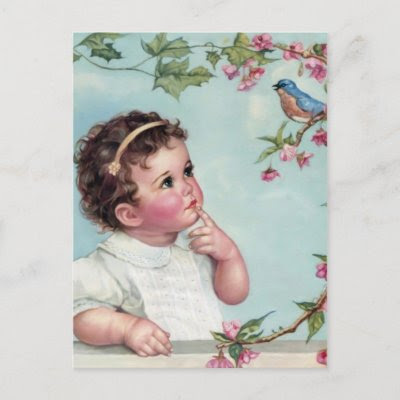