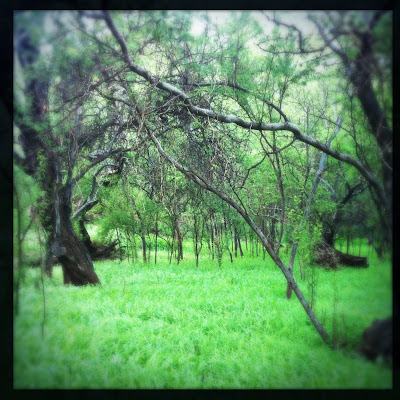 I was a passenger in a 5-car caravan today to Hana and beyond, a mostly invisible person in a group of youthful passengers, none of whom I know well. The rule was that at every stop, you had to switch up which car you'd been in, so I ended up having delightful conversations with people that, in any other situation, would never happen.

But I miss my close friends.

That said, we visited Red Beach (a treacherous lava-field trail first had to be traversed and I thought of sending photos to everyone I'm close to letting them know that this might very well be my last communication with them). I experienced the very odd sensation of looking up at the ocean while swimming, as the ocean was partly barricaded by black lava rock formations. The sea would rise up against the lava rocks, then a wave would break and it would flow between the gaps, then begin the cycle again.

The next stop, at a beach whose name escapes me but contains these letters: H, I, A, M, O, in varying sequences. The young men body surfed — I'm such a water wimp that I'd never ever attempt something like that, but they were beautiful to watch with their exuberant enthusiasm and youthful strengths.

On the road again, twisty-turny-treacherous, a stop at a freshwater pool was cancelled when it was surmised that the pool was most likely in an evaporative state.

On and on, through bamboo forests and garlands of vines suspended from massive trees and ferns so thick on the ground and up into the tops of the forest canopies — so thankful I wasn't driving so I could drape myself out the car window, hair in full insane flight & tangle — the road so narrow in places and so rutted and bumpy it was like an amusement park entertainment. And the scent! From blossoms whose names I didn't know, from the dark dank humus of the forest floor, salt from the sea, a mesmerizing swirl of sensation.

Further on, as the road wound eastward, the landscape performed a dramatic change from tropical to dry and windswept, and for long moments, my head flung out the window to catch the wind — I could imagine I was on the western coast of Ireland, the similarities were so striking. I felt myself letting out a contented sigh. After this rather turned-upside-down week of tentative securities and feeling shifted off my grounding, here was a landscape, a geography that rooted me deeply on a deeply soulful level. And so unexpected! My heart did its song, its quiet dance of This Is My Land. No shouting necessary, it was an internal peace-settling stretch of time, of road, with every window of the car rolled tightly shut except for mine. And the wind that stripped my face of tension — a cool wind with a salty edge — was one that welcomed me to a home that for this short time existed on this other side of a planet whose limitations have become oh-so-obvious. 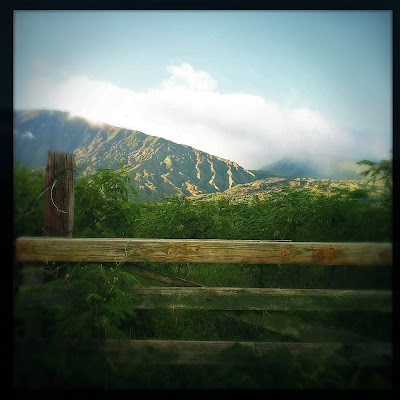 Tomorrow: a long flight across the Pacific to my chosen home.

Tonight: deep contemplation. An attempt to sort the instances of this past week, to file them into some kind of order, knowing that this supposed order will prove to be most difficult. And ultimately, accepting them for their own uncategorizable selves.

Such is the molecular structure of this life, atoms aswirl, neutrinos even more undefinable, doing the dance of the infinite universe. 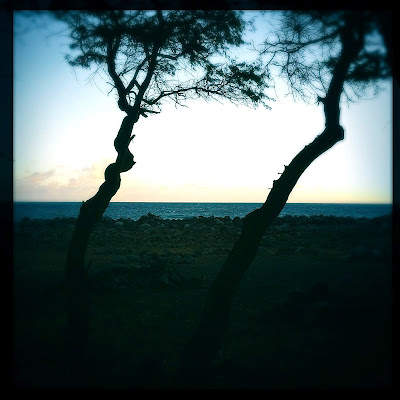 Newer Post Older Post Home
Subscribe to: Post Comments (Atom)
"What is the meaning of life? That was all — a simple question; one that tended to close in on one with years. The great revelation had never come. The great revelation perhaps never did come. Instead there were little daily miracles, illuminations, matches struck unexpectedly in the dark. . . . "
—Virginia Woolf, To The Lighthouse