Ah, sleep, absent and truant as the circadian rhythms shift and adjust.

Nonetheless, I'm experiencing a giddiness, a happiness and lightness of spirit the likes of which has not been present for nearly seven years. I'd resigned myself to an edited version of this, accepted it as the logical consequence of having had ones life dumped out in the middle of the freeway at rush hour -- a rush hour which seemed would never ease, an entanglement of colliding semi's and jag-edged steel. And now, now....

Credit must be given to Paul, who stepped into my universe at the eye of the storm and accompanied me on this road to a new destination. And today's destination is Carrowholly, in the West of Ireland, County Mayo, about 4 miles from the bustling village of Westport. Our house on the cove, in the shadow of Croagh Patrick, in a wind corridor which cuts between the 360-or-so islands of Clew Bay, the distant metered eye of Achillbeg Island lighthouse keeping time.

One of the first things I do when we get here is walk the perimeter of the house, searching for evidence -- of what? Anything, everything. Here are a few "clues".... 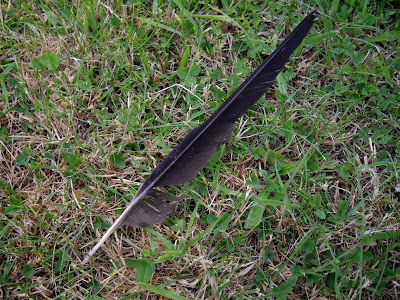 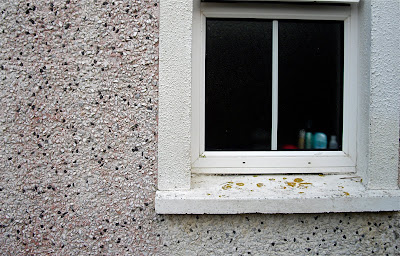 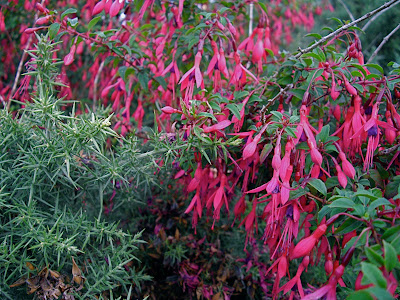 I discovered abundant patches of ripe blackberries
at the far side of the driveway, fisted-clumps ready
for plucking. They're less intensely sweet
than the Himalayan variety we enjoy back home,
but there's almost a perfumed essence to them,
a delicacy on the tongue.
Pie it shall be then, tonight for dessert! 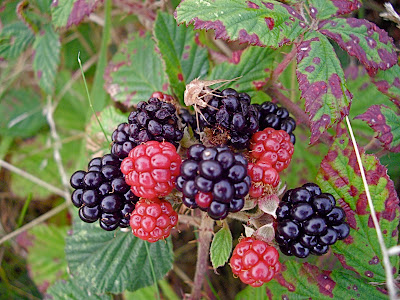