My pumpkin vine limped along all summer -- despite my tending and fussing -- until we headed off to Ireland for three weeks in September. I assigned the watering task to my step-son, who apparently took it so seriously that the vine went rampant with growth. I left with a four-foot-long vine and returned to twenty-five feet, and it now measures at least forty-five feet. Alas, up until this week, only one flower went on to fruition, and it's a pumpkin that refuses to turn orange. 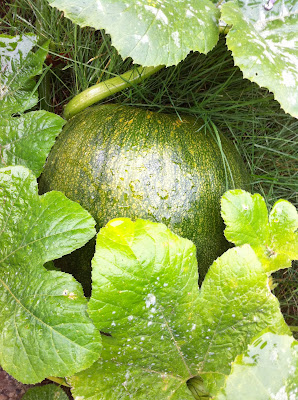 I think that maybe I live in some odd weather micro-climate. I've grown pumpkins, squashes and gourds all my life (but it's the first time in this location) and there's never been the problem of too little vine growth. 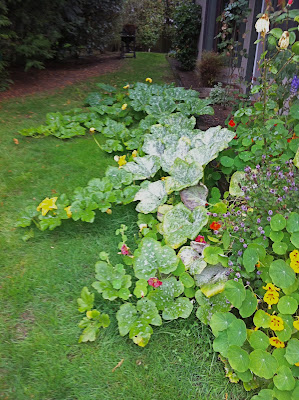 And now there are half a dozen pumpkin sprouts frantic to swell before the first frost, or before the mildew completely deals its withering blow. Check out these conjoined twins! 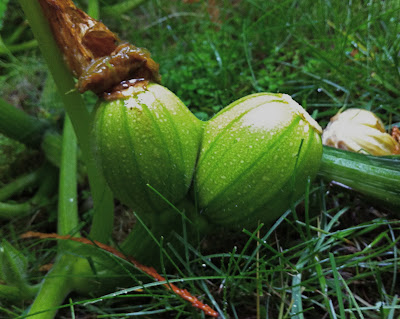 Unfortunately, it's too late in the season for them to truly show off their genetic anomaly, but nonetheless they please me to no end.
Posted by T. at 9:40 AM