Once upon a time, a little plastic boy and his mother
with a plastic baby attached -- 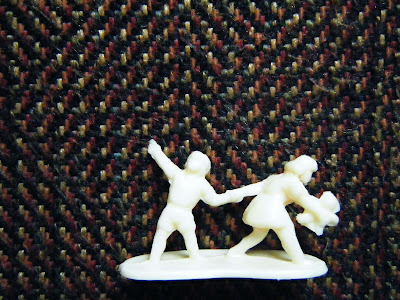 -- were pursued by three organic tomatoes and an onion.

They careened across a table cloth ocean -- 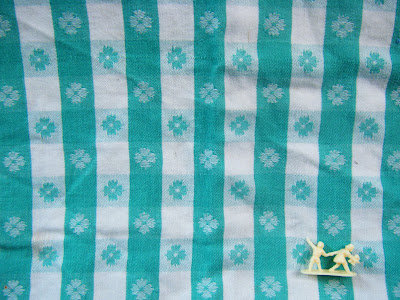 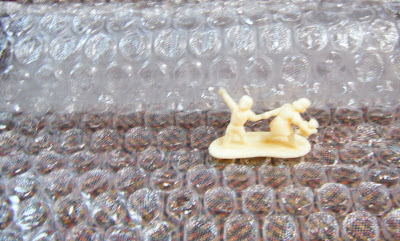 While passing through France, they invoked the spirit
of Charles de Gaulle, but because he had no arms
and only one leg, he wasn't much help. 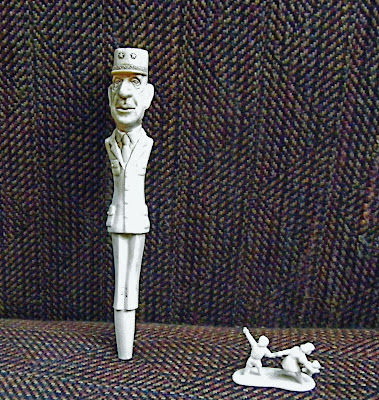 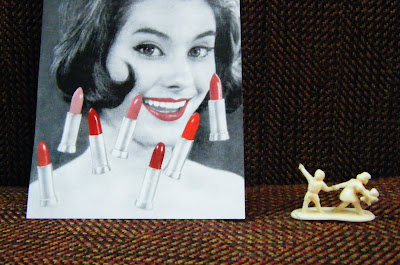 And still the three organic tomatoes and one onion
pursued the plastic boy and his mother and genderless
plastic sibling.

They ran to Rome to request an audience with the pope,
but he was encased in a snowy cloud. 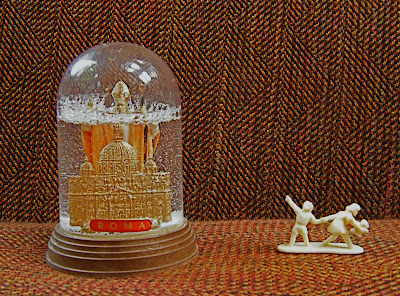 They fled the Sacred Heart scapular, which gave the
little boy nightmares for the rest of his life. 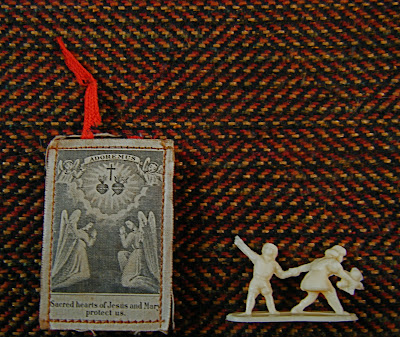 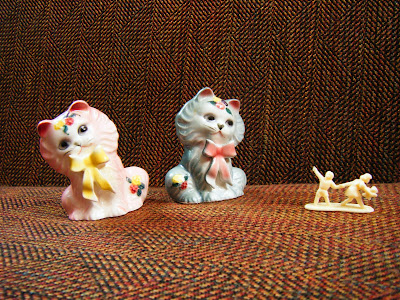 From a vantage point on top of a bottle of molasses -- 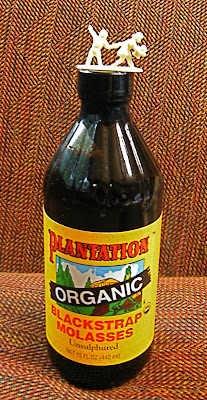 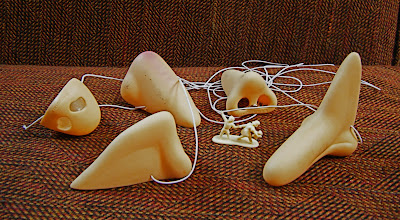 -- which had no consequences whatsoever.
The Mardi-Gras feathers perplexed and vexed them. 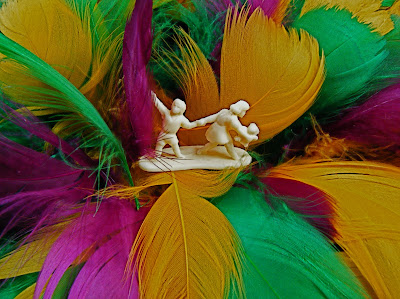 They nearly reached their demise in an egg carton,
but made a last-minute escape. 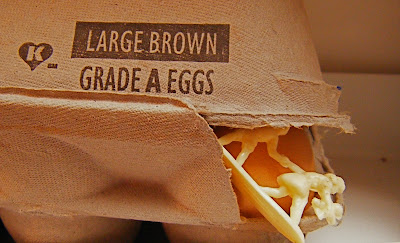 They found refuge on top of a black-shouldered kite
who was painted onto a cigar box. 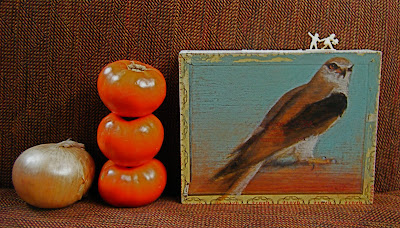 The three organic tomatoes and onion couldn't
jump or climb or fly, so the little plastic boy
and his plastic mom-who-clutched-for-all-eternity
her little genderless plastic toddler
lived happily ever after.