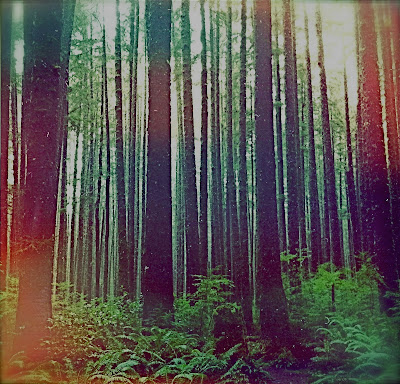 We traversed an enchanted forest, where, ninety years ago, 170mph winds ripped through the landscape and laid bare most everything. It’s second growth now, but with odd bearded sprites of branch & moss-draped twigs & mushrooms sprouting from bark and humus. 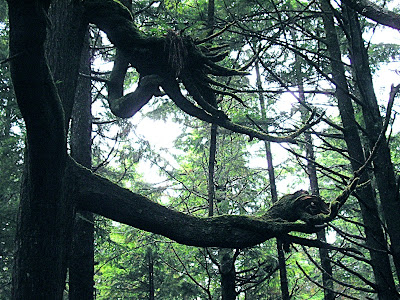 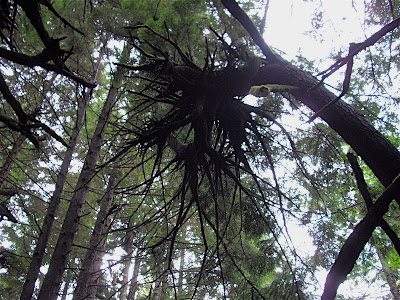 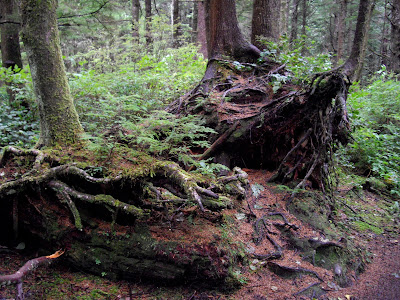 Where the path twisted, an outcropping of white fungi hugged the Douglas fir trunks, appearing as crab nebula, or deskulled brains, or something placental, dripping essential fluid. I’d inadvertently left on my camera’s flash, and a serendipitous surprise came into sight on the instant-replay: the burst of light had illuminated the raindrops, otherwise not so intensely visible. O happy accident of technology! 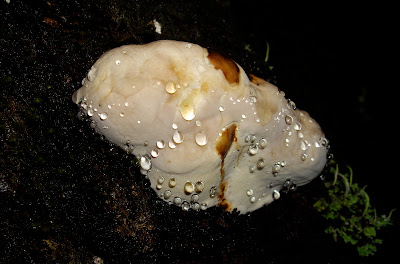 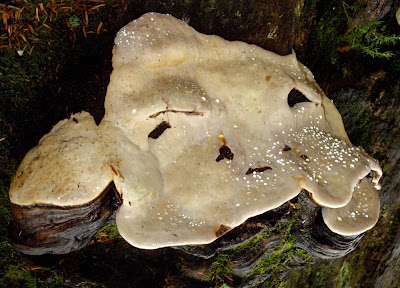 Sea stacks, drifts of wave-tossed logs, the churning sea. Stood well back up on an embankment and watched the surf play pick-up-stix with broad-based trees. A young woman walked unconcerned through the powerful waves, in and amongst the erratic floating logs. Part selkie?  She disappeared beyond a headland. Was she ever even there? 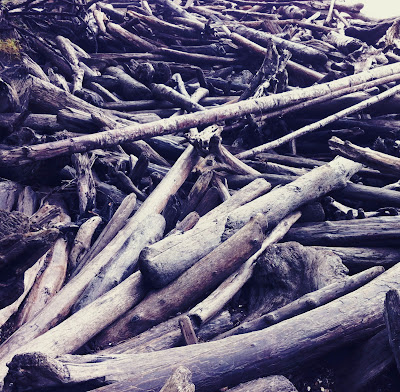 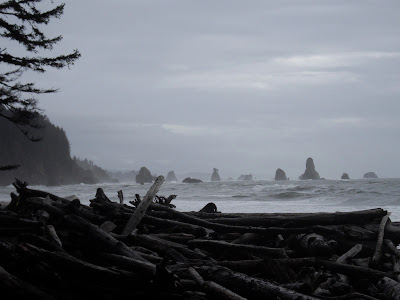 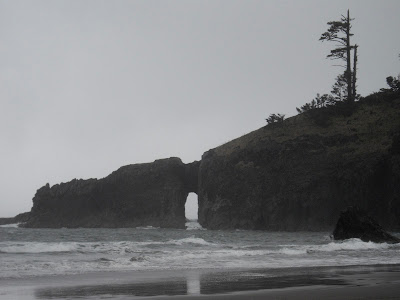 Rain and more rain, slick logs and slipping mud. I felt wet underneath my skin: the waterproof-jacket-self-contained-sauna syndrome, incurred while exercising vigorously in wet weather. Part of me wondered, what’s the point? Did it matter that I was soaked with sweat rather than rainwater?
Back at the cabin, the bathroom was designated as “Italy” with the heat cranked up and a forest of wet clothing became its interior landscape.
Posted by T. at 5:20 PM