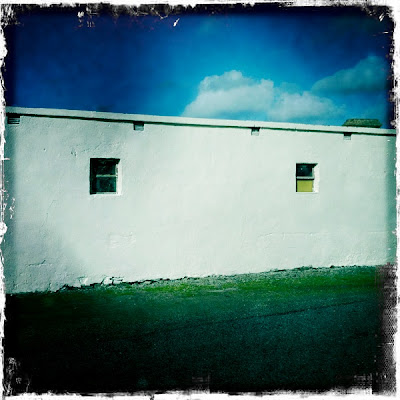 Driving up in remote North Mayo at what seem like mortality-affirming speeds when in reality it's not all that fast it's just that the roads/lanes/tracks are so darn narrow, we sped by a ruined house which exhibited a certain blog-worthy quality, so I shouted out to P. to stop and turn around, and being the good man, he did just that. Situated so close to the road, it quite possibly was an inn of sorts at one time, or a gate-house, which, from the looks of a stack of bills in what was the kitchen, has been abandoned since around 1980. My first thought was, oh, that's not very long. But it is 30 years, which, at least in American terms, is a LONG time for a house to sit and wither into decay. 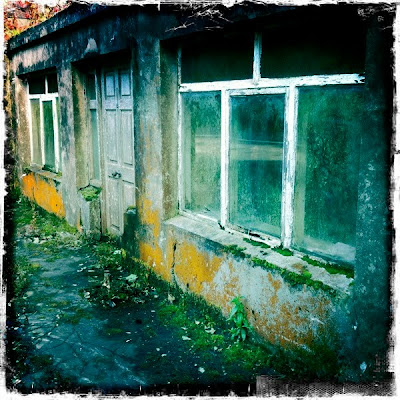 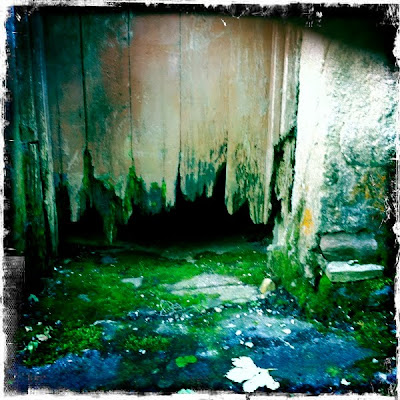 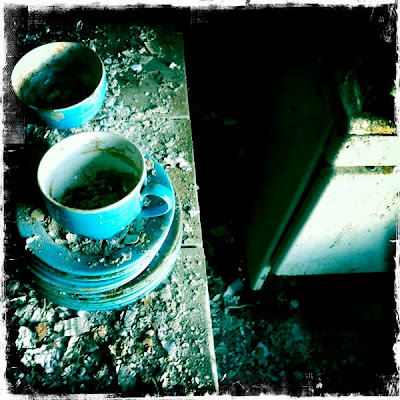 I always want to know the back-story to abandonment --
the likely guess being death or debilitation -- but the question
that looms is how can a building sit for three decades
with the forks and spoons still in a drawer? 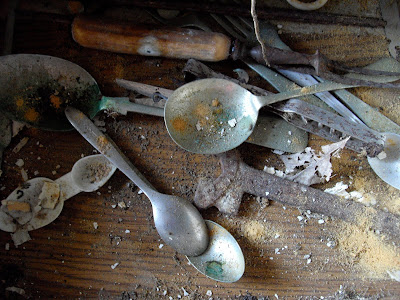 My only answer, again, stems from my American orientation
where few things remain untouched in the name of progress
and reinvention. Raze that ramshackle ruin! Plunder
the detritus, host an estate sale for god's sake!
There's always something someone is willing to pay for
on ebay. Even this kettle -- 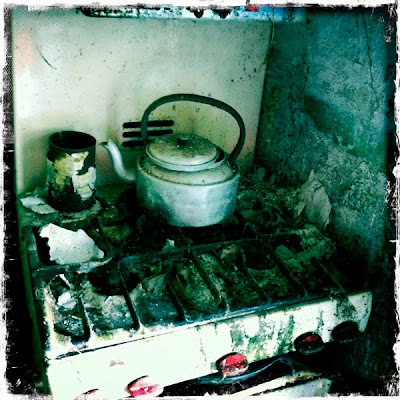 I poked around -- a bit spooked, I admit -- and ignored
P.'s entreaty to come see something, even when I heard him
get in the car, sound the horn, and drive off! I had important
work to do rummaging through thirty years of mold and merde.
(He was only turning the car around, I found out.)

There was still time to send a petition to Lourdes -- 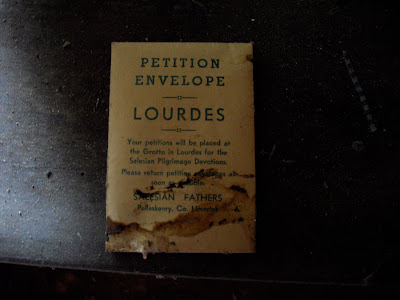 -- and photograph the stunningly colorful mold on the walls
which coordinated with and complimented the tones
of the overstuffed chair: 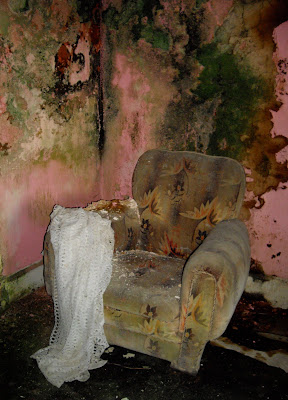 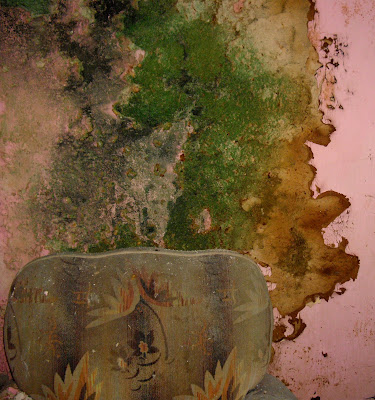 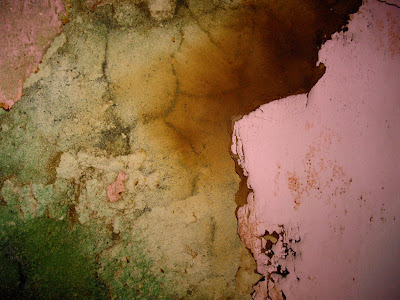 Although the upstairs bedrooms beckoned, I didn't want
to risk putting my foot/leg/body through a dry-rotted stair, 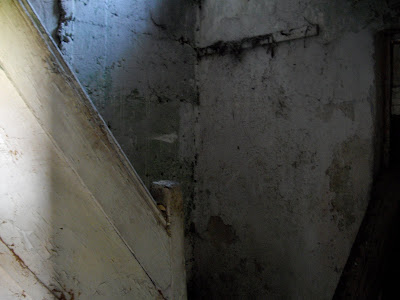 so I contented myself with a prolonged prowl through
the extensive main floor, ducking under cobwebs thick
as quilt-batting, taking only shallow breaths. In one room
I discovered a disemboweled piano, most of its ivory
pried loose, the felt-guts spilling out: the end of song.
Boxes of books gave up no treasures to the thief that I was
soon to become, and I held a single, soiled Blue Willow plate
for a minute before putting it back to its long sleep
on a shelf. I finally snatched up a few copies of blank receipts
(it was the bakery connection that caught my eye) -- 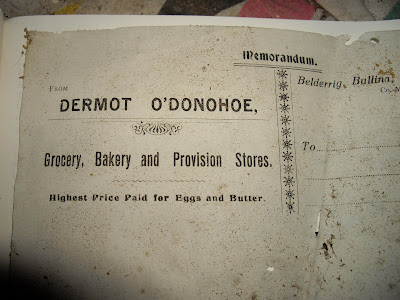 (And even this felt like theft, a violation amidst the state
of post-desecration in which I lingered.)

I hefted myself back up through the gap in the pantry wall
and performed my own small act of abandonment
of the Blue Willow Plate, the sugar tongs, the mildewed
kettle.