We drove down to the Dingle Peninsula Friday, a slog
behind tractor after tractor, horses pulling racing gigs,
bicyclers, a massive traffic jam in Limerick due to
a road closure due to a major accident.....what should've
taken three and a half hours took most of the day,
but what a pleasure it was once we left Tralee
and began climbing up the Conor Pass....an extremely
narrow road on the edge of a precarious cliff, with reeling
views unobstructed by trees, and waterfalls. Lucky for us
we were on the inside track, but I was certain several
times that we were going to scrape the side mirror
on the rock face. No! Didn't happen. (Paul is a very
careful driver.) 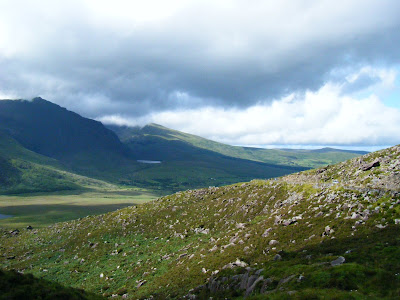 And then down, quickly, to Dingle-Town, on a small
fishing bay. Charming, brightly-colored storefronts,
kind of an old hippie town with shops selling sarongs
and crystals and incense burners. 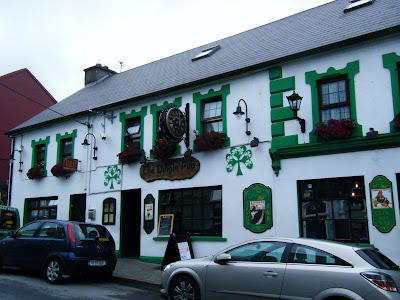 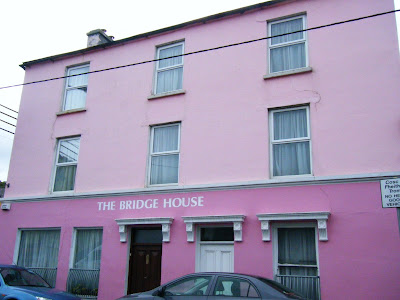 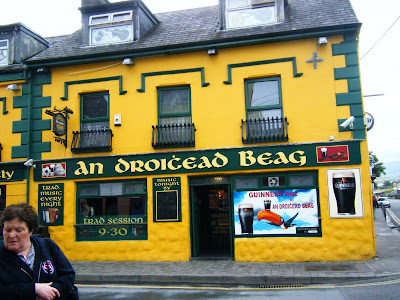 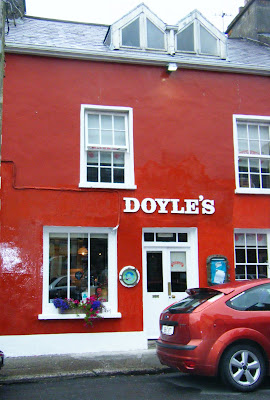 A great place to wander, a fantastic place
for eating. Fish and seafood starred on nearly
every menu. The first night I had a whole grilled
sea bass which positively made me swoon.
Dinner #2 was a fish pie made with a roux and court
bouillon, topped with mashed potatoes. Divine.
We've been on a big fish kick lately, which suits me
just fine. And we're obviously in the right place!
Posted by T. at 10:51 AM